For Farmington-based Connecticut Spring & Stamping (CSS), a manufacturer of close-tolerance precision metal parts, a long-term commitment to lean manufacturing has naturally evolved into use of self-directed work teams (SDWTs). With the help of a committed management team, a zealous companywide SDWT champion, dedicated team leaders/cheerleaders and, most importantly, participation of everyone on the shop floor, CSS is well on its to meeting its ambitious goals, just two years after launching the SDWT initiative. What began as an experiment with one pilot work team has been expanded to 21 teams addressing shop-floor and office processes.

CSS embarked on its lean-manufacturing journey in 1994. Continually looking for s to embrace a cultural change that would help reduce waste and increase production, in 2006 the firm sequestered 34 key management and production personnel to brainstorm s to implement lean manufacturing. Since then, CSS has looked at a variety of different approaches (top-down and bottom-up) to help implement a lean philosophy. Management readily admits that some ideas succeeded and some did not.

In 2010, the company began to seek a new approach, and an increased level of commitment to help meet its goals: 100-percent on-time delivery of product to customers, with 100-percent quality, while also reducing internal waste and costs. Thus the use of self-directed work teams was launched. A SDWT is defined as a group of employees who combine different skills and talents to work toward a common purpose or goal, essentially without managerial supervision.

That’s where it got personal for Gaston Pelletier, CSS’s vice president of continuous improvement, who took on the task of implementing the approach as part of the firm’s 2010-2011 business plan. As step one, Pelletier sought training in SDWTs, and looked for a local company he could benchmark. Speaking to associates at the Connecticut Business and Industry Association, he learned of Dur-A-Flex, Inc., a nearby (East Hartford, CT) manufacturer of seamless commercial and industrial flooring systems, which had adopted the approach earlier in the decade.

After Pelletier and a small group of coworkers visited Dur-A-Flex, he read a book on the subject of SWDTs titled, “Leading Self-Directed Work Teams: A Guide to Developing New Team Leadership Skills,” by Kimball Fisher. Widely cited as the SDWT “Bible,” the book provided Pelletier with a much-needed road map to help him break down the approach into steps and guide the company’s efforts. He had “seen the light.”

Pelletier then began to work with a pilot group—the company’s auto-loop team of 11 employees that manufacture extension springs and complicated wire forms—to test the approach. As one of the more self-contained of CSS’s work groups, the team does not rely on many of the other departments within the company, making it easier to effect change by their own efforts.

Management’s job in getting SDWTs going: Set the initial objectives, and then provide all of the resources the team requests to accomplish them. The team also is free to develop its own sub-tier objectives—basically, steps it wants to take to attain the overall objective. Each SWDT team meets frequently to decide on achievable goals, and keeps working toward continuous improvement to accomplish the goals.

Management must provide each SDWT the necessary authority to do whatever it takes to improve the process and reach new heights in terms of delivery performance. It then must step aside.

“This is definitely the biggest step we have taken on our lean journey,” says Gaston. “We involve all of the shop-floor people to the ultimate level, and remove management from the picture.”

For CSS’s initial foray into SDWTs, Pelletier himself served as a coach, initially guiding the team but ceding more and more latitude as the team got rolling. He notes that the team members immediately embraced the idea that they could make their own decisions and take charge of their own destiny.

Once they got going, they held numerous brainstorming sessions and the ideas began to flow. The shop-floor workers had als found that there was not an effective feedback mechanism between the shop and the front office. This often caused a variety of problems and issues, resulting in reduced performance. For example, the team often lacked sufficient detail on the jobs it processed. It did not als know which jobs should be run on which machines. As a result, jobs that required the same tools were scheduled to be set up on the same day on different machines. In some cases, work in process would sit for days; as many as three jobs with the same start date would be scheduled for one setup person, with no time set aside for setup during the previous week.

Although the work was getting done, production moved slowly and inefficiently. Rather than making required changes to synchronize the electronic schedule with actual shop-floor realities, changes were being made ad-hoc, without communicating with the master schedulers.

The SDWT’s first decision: Improve the business on the front end to make processes more efficient on the shop floor. For starters, the team radically altered the actual work flow and timing was synchronized with the master schedule and electronic systems. It developed a new master-schedule job-tracker/work-flow board, charting all jobs scheduled for six months out. Using the board, workers can see how long a job will take, which machines it will run on, how much setup time is needed and which operators are responsible for the job. Scheduling personnel receive alerts when conflicts or issues arise. The team also established a process to continuously provide feedback and changes to the master scheduler.

Before implementing the job-tracker/work-flow board, shop-floor workers typically would have to make scheduling changes to 50 percent of its jobs. Now, thanks to the new process, they’re making only minor changes to about 10 percent of the jobs.

Dozens of Process and Quality Improvements

In addition to establishing the central job tracker/work flow board as a central communication tool, the team implemented hundreds of other process and quality improvements. Examples include:

• Bringing some machines physically closer together;

• Setting up break areas closer to machines, so workers don’t need to travel as far for short breaks;

• Meeting with the team leader from the materials work group to discuss s to speed the delivery of material to the shop floor.

Underlying all process improvement is ensuring that team members understand that all production delays impact on-time delivery success. One-piece flow is the goal.

A key element of that initial SDWT was development of a three-tiered reward system for meeting objectives. Now every team must develop such a system, related to achieving its goals within an allotted time frame. For example, a team might earn a pizza lunch after achieving 95-percent on-time delivery performance for one week out of a month. After reaching that goal three times, the team must step up to the next level and achieve a monthly average of 95 percent to receive a reward. After achieving the second-stage goal three times, the team moves to the third-stage goal—achieving an on-time delivery performance average of 95 percent for eight consecutive weeks.

The original SWDT took six months before realizing improvements. On-time delivery performance increased significantly at the six-month mark, and currently stands at about 96 percent. Much of that success falls to two shop-floor team leaders—Dennis Palmieri and Vitor Louro—who jumped on the bandwagon and urged the team on to greater and greater success. Now all of the team members have taken ownership, steadily thinking about how to improve the process. Says Palmieri: “We find ourselves thinking about improvements 24/7, even while not at work.”

The energy and drive that the team has directed toward improving on-time delivery has spilled over to quality control. The quality-control operator on the SWDT now is authorized to conduct first-piece inspection. The team hopes to be able to push the envelope even further by packaging and shipping its product directly from the shop floor.

According to Pelletier, surpassing 95-percent on-time delivery performance is a remarkable achievement, considering the company services nearly 700 customers and ships nearly 6000 different parts per year. One key to that success is a focus on measurement and posting of individual operator efficiency, because now workers can see the relationship between lost time and on-time performance.

Says Gaston: “You can’t improve what you don’t measure. If, for example, the goal is to produce 200 parts/hr., we may have individual operators producing anywhere from 60 to 150-percent of that goal. So while we won’t single anyone out, we encourage team leaders to work to understand the reasons why an operator’s performance is at the lower end, and address them. Maybe he needs more training, or different tools.”

Expanding the SDWTs Across the Facility

According to Steve Dicke, CSS vice president of sales and marketing, one of the most gratifying outcomes of CSS’s expansion of lean to include SDWTs is how the boundaries and guidelines for the initial team have expanded over time. “The people on that team are now training and providing guidance to the 20 other teams we have established,” he says.

As CSS has adopted the SDWT philosophy throughout the company, its steering-committee members have become leaders of 12 of the self-directed work teams. And recently this group decided to go from meeting monthly to weekly, sharing ideas and tracking SDWT progress. No management employees attend these meetings except for Pelletier, who only communicates the needs of the teams so that management can provide any requested resources. The SDWT approach is backed by a new company-wide philosophy emphasizing that all employees who do not touch parts must provide support to those who do.

Pelletier concludes by stating that any organization can benefit from the SDWT approach, but it will only succeed with the commitment and support from management. “It takes tremendous effort and commitment from the highest management levels to the supporting office functions, and on the shop floor. But the results are well-worth it.” MF 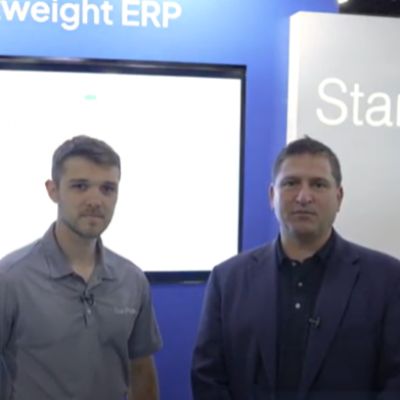 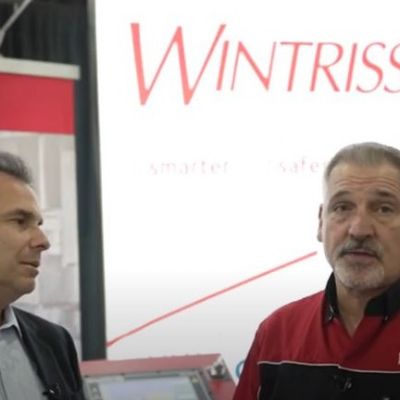 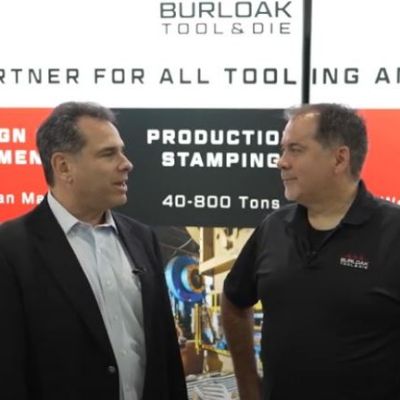