Manufacturing as a Career, Not Just a Job

Before joining MetalForming magazine and the Precision Metalforming Association, my 15-yr.-stint as an editor of a welding-technology magazine linked me to the American Welding Society (AWS). I participated in AWS standards-writing committees, one of which was the AWS Image of Welding Committee. According to its website, this committee “serves as a catalyst and driving force within the industry to raise the overall profile of welding as a career and communicate to potential candidates the numerous opportunities that exist within the welding industry.”

My role was to relay, via articles, the success stories of welders who had used their skills as springboards to successful careers. They had become much more than skilled tradespeople. Through hard work and dedication, they had embarked on exciting and rewarding careers, including moving into management and, in many cases, starting their own welding and fabrication companies.

I was reminded recently of my time served on the Image of Welding Committee when a friend’s 19-yr.-old son called me seeking career advice. This bright, likeable and conscientious young man had decided to leave college after one year, deciding that college was not for him. He called me because he had developed a bit of welding skill while in high school, and wanted to learn more about the career opportunities available to welders.

After talking for some time with my friend’s son, I couldn’t help but wonder if his aversion to college was really an aversion to hard work and commitment, and that he thought welding might represent an easier path. So, while at first I was tempted to nurture his interest in the skilled trades, in the end I focused almost exclusively on insisting that, should he choose the skilled-trade path, that he fully commit to excellence via hard work and dedication.

As of this writing, he’s not decided whether to pursue his interest in welding as a career. But, I sure hope he does not believe that welding, and manufacturing in general, offers an easy path to success for those not “cut out” for college. When I interviewed welders for the Image of Welding Committee, I often came away awestruck by the commitment and dedication they showed—often nurtured by their instructors, co-workers and managers.

So what exactly are the attributes a manufacturing worker needs to have in order to progress from having merely a job to enjoying a career? Erick Ajax, co-owner of EJ Ajax Metal Forming Solutions, Minneapolis, MN, shared with me the list of skills he looks for, from entry-level applicants as well as incumbent employees. Among them: critical thinking skills, ability to work effectively on a diverse team, problem solver and innovator, life-long learner, strong communication skills and dependability (show up on time, remain drug free, etc.). I’m certain that my friend’s son has not considered most if not all of these important characteristics as he investigates his educational and career options. 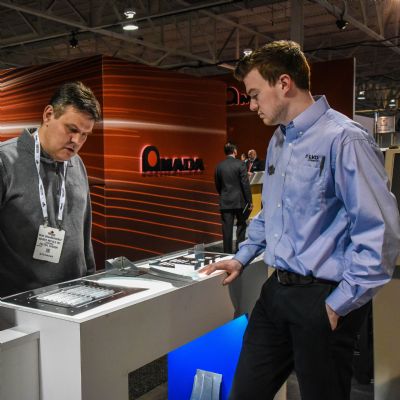 
The Experts Among Us