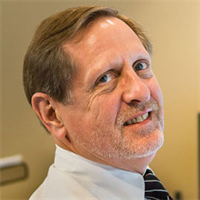 
Capacity Management: The Difference Between Good and Great

Not so fast. While this assumption seems logical, it ignores the capacity dimension of the relationship between volume and profit. Reports abound of production shortages for automotive parts. I just attended a conference where a Chrysler official admitted to assembly-plant shutdowns caused by parts shortages. One week it’s investment castings, the next week it’s electronic components, and by month end, it’s tires and rubber bushings. How can this be when the Federal Reserve reports capacity utilization in the stamping and forging sector at 62.1 percent (as of fourth quarter 2011) and 65.9 percent for the motor-vehicle parts-manufacturing sector?

Three factors contribute to this apparent inconsistency. First, the government data is misleading, reflecting all in-place equipment, whether modern, fast and precise, or antiquated, slow and incapable of holding tight tolerances. In reality, suppliers’ schedules and output reflect in-place equipment capable of stamping parts efficiently and at a competitive press run rate. The difference between these two measures (theoretical versus practical capacity) is significant.

Second, it’s never been more challenging than it is now to hire engineers, program managers, quality personnel, production supervisors and hourly workers. Many suppliers have equipment capacity but lack the personnel to run a third (or even a second) shift. Today, manpower shortages are just as or more important than equipment-capacity shortages.

So how are best-in-class suppliers combatting these issues? More-progressive metalforming suppliers manage the issues described above by:

1) Using rough-cut demand forecasts covering a 1- to 3-yr. period to determine when additional equipment and personnel must be in place and available for use. They use the output from this process to prioritize and schedule the hiring of new people and the addition of new equipment and floor space. Rough-cut planning involves using industry volume forecasts, part routers and bills of material, and the use of a series of productivity and downtime assumptions to identify what, where and when capacity shortfalls will occur.

2) Reviewing and analyzing production releases received from customers, and making upward and downward adjustments based on their experiences with the particular customer. In other words, they adjust customer-demand schedules to reflect more likely demand patterns, at least in the short term.

Employing these approaches can significantly smooth production performance and enhance metalformers’ profitability of. It also can provide improved visibility regarding the need to hire people, conduct a building expansion or purchase additional equipment.

Most importantly: It can bridge a critical gap, the difference between having a good year and a great one. MF
Industry-Related Terms: Dimension, Run, Scrap
View Glossary of Metalforming Terms