The overall health of the metalforming industry is strong, and continues to build on strong performance from the past three years. So finds The 2014 Precision Metalforming Association (PMA) Benchmarking Report for the Metalforming Industry.

The survey helps companies measure their performance against the industry average of more than 50 metrics in the areas of management, quality and productivity. Participants also can compare their performance against best-in-class performers (companies in the 90th percentile for a given metric) and the most-profitable performers (companies with the highest average profitability). 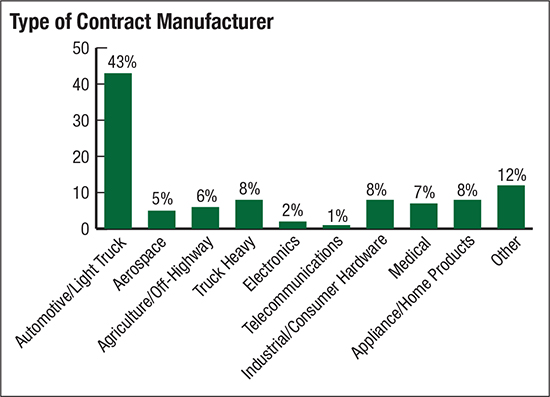 • Capital expenditures as a percent of value-added

• Earnings before interest and taxes (EBIT) 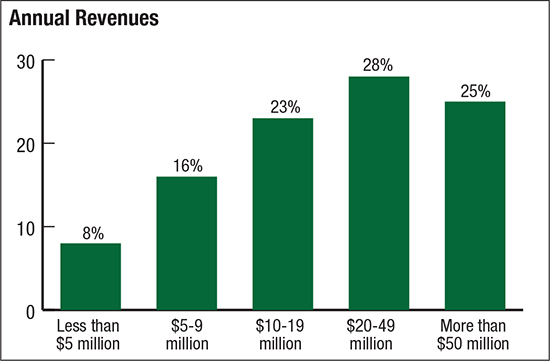 • Cost of quality as a percent of sales

This year, 88 companies participated in the survey, mostly metal stampers that supply a variety of industries. Here’s more information on the companies that confidentially shared their data with PMA: 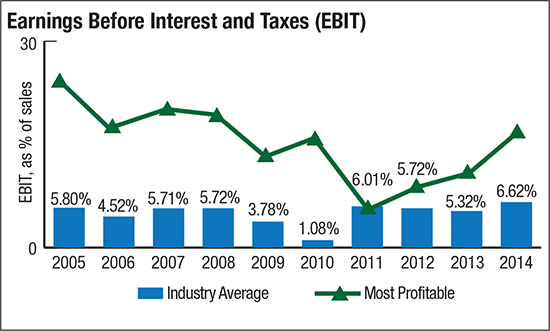 • About 43 percent of respondents indicate their primary industry is automotive. Industrial/consumer hardware, appliances/home products and agriculture/off-highway are the next highest industries represented, at approximately 8 percent each.

Are Volumes Up Compared to the Prior Year? 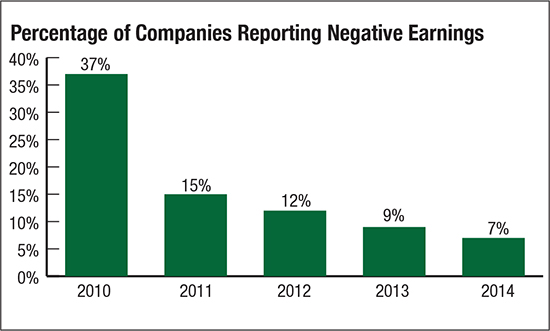 The survey also tracks industry profitability, measuring earnings before interest and taxes (EBIT)—viewed as an equivalent to operating income. Average EBIT has consistently ranged between 5 and 6 percent of sales for the last 10 years, except for the years impacted by the economic downturn in 2008-2009. In 2014, the EBIT calculation showed a result of 6.62 percent, the highest rate in the past 10 years. The most profitable companies report average EBIT between 13 and 25 percent of sales over the same 10-yr. period.

The survey also tracks the number of companies with negative earnings. This metric has decreased steadily over the last several years. In 2010, close to 40 percent of survey participants reported negative earnings. In 2014, that number dropped to 7 percent.

Based on discussions at recent PMA district meetings, the outlook for 2015 is cautiously optimistic. This has been the sentiment for the past few years, as most executives expect sales and profitability to increase yet remain concerned about the increased activity and their ability to find enough qualified employees to support increased operating capacity.

Increased sales also may require additional capital expenditures. Based on the 2014 survey data, most companies have increased their capital expenditures each of the last three years in order to meet the demands of increased activity. MF
Industry-Related Terms: Hardware
View Glossary of Metalforming Terms