One of the world’s largest appliance manufacturers did not hesitate to jump at the opportunity to take advantage of a new vanishing oil developed for lubricating stamping dies. Since late in 2009, the Whirlpool Corp. plant in Amana, IA, has been using a VOC-free lubricant (Saf-T-Vanish, from Tower Oil & Technology Co.) in place of a conventional vanishing oil made with a hydrocarbon petroleum distillate.

VOCs contribute to indoor air pollution, smog and ozone, and some areas of the United States have been classified by the Clean Air Act as “ozone non-attainment areas,” where VOC emissions are strictly regulated and require costly reporting and permitting. Along with this major environmental feature, Saf-T-Vanish also has proven to be more operator friendly and offer improved lubricity, say Whirlpool officials, and it dries faster than did its conventional vanishing oil, while also being nonflammable.

Four Years in the Making

Tower Oil began to develop the new lubricant early in 2006 in an effort to find a replacement for petroleum distillates used in vanishing oils. The efforts paid off when, on January 1, 2010, Rule 1144 in Southern California went into effect banning the use of vanishing oils whose VOC content exceeds 50 grams/l and rust preventives whose VOC content exceeds 300 gram/l.

Whirlpool had been using a conventional vanishing oil in its metal stamping department for more than 40 years. When Saf-T-Vanish became commercially available in mid 2009, the Amana plant quickly set up a trial run. Two of the most critical and high-production progressive dies were selected for initial evaluation of the new lubricant. One of the first observations: The lube evaporates more quickly than did the previous vanishing oil. And, its lubricity also was better, allowing the plant to reduce the frequency of its spray application. As a result, less lubricant is required to achieve the same sheetmetal flow and die protection.

The press test proved successful, with both dies running high-quality parts at the required production rate without scrap. And, press operators liked the new lube. Piece parts made with Saf-T-Vanish were run through the entire manufacturing process without any issues, and management decided to switch lubricants.

Since then, the plant has significantly reduced its VOC emissions; it expects to reduce emissions by thousands of pounds per year, while creating a better plant environment for its hundreds of employees and many visitors that tour the plant. It also expects to save thousands of dollars per year in the cost of die lubricant because its new lube costs less than the product it replaced, with no sacrifice in performance.

Green—in More s than One

Whirlpool uses the new vanishing oil in presses up to 800 tons on progressive dies running hot-rolled steel as thick 0.090 in., electrogalvanized steel 0.015 to 0.045 in., and 0.035-in. aluminum. Some of the parts are flat-stacked wet, requiring good corrosion protection from the lubricant.

Not only are there no VOCs in Saf-T-Vanish, its Hazardous Materials Identification System (HMIS) and National Fire Protection Association (NFPA) Flammability hazard rating is 0, which means it will not burn; Whirlpool’s previous vanishing oil had a rating of 2 with a 126 F flash. Also, it’s formulated from renewable resources, giving it a HMIS and NFPA Health rating of 0 as compared to 1 for the previous vanishing oil.

Since it began to use the biodegradable lubricant, Whirlpool’s employees have enjoyed a relatively pleasant odor (without use of special ventilation), and in most cases the lube is saving the company money when compared to the conventional vanishing oil it replaced.

On Whirlpool’s larger presses, the lubricant is applied by Jet-Set Airless Spray systems. In the past, when the air pressure going to the spray pumps was adjusted to the high setting, operators noticed the vanishing oil in the air around the press. That no longer happens, and employees have commented on how much better the air quality in the press department is than before the lubricant change. MF 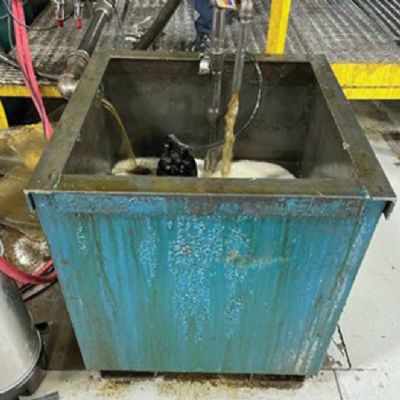 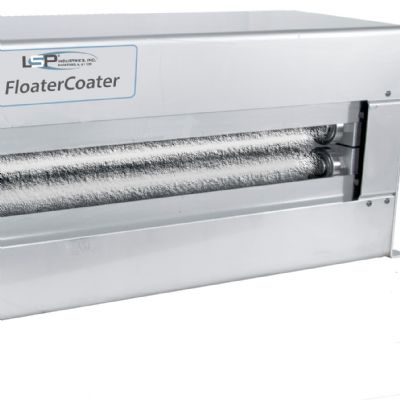 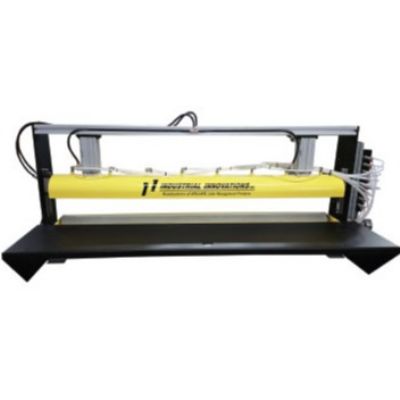