Lube Management: Waste Not, Want Not

While many metal formers have worked hard to develop lean manufacturing strategies to manage waste and reduce costs, there’s still much work to be done when it comes to minimizing stamping-lubricant waste. So says John Hoff, president of metalworking-fluid supplier Curtis Fluids, Grandville, MI. The firm strives to help manufacturers realize savings using a three-pronged approach: reduce, reclaim and sustain. 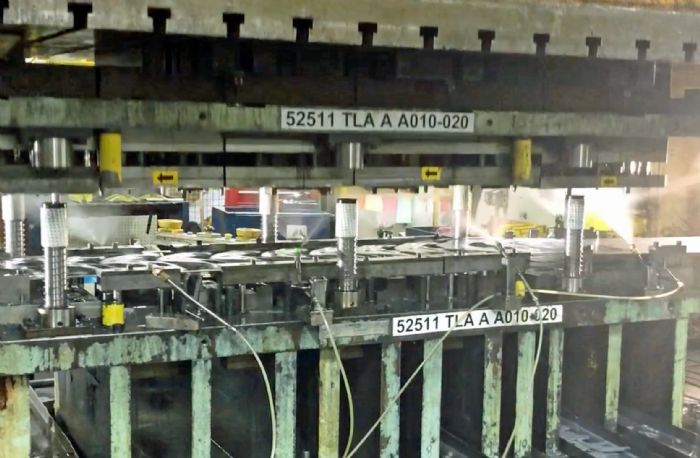 “We help our customers, in particular metal formers, examine and fully understand the lifecycle costs of lubricant as it moves through the facility,” says Hoff. “That includes money spent dealing with excess lube—for floor cleaner, absorbents, rags and towels, and excess washing fluid used to remove lubricant from parts. Not to mention repairing damage done to sensors and other equipment when hit with excess lubricant.”

Stampers often can become obsessed with negotiating a lower purchase price for their lubricants, Curtis says, or will consider using lower-cost lubricants to reduce costs. However, doing so comes at the expense of part quality and die life, and also negatively impacts secondary processes such as welding. Instead, they’re usually better served by using higher-quality and perhaps more-expensive lubricants, and then focusing on ways to more efficiently apply them to minimize waste.

“When cost-justifying an investment in a lubrication system designed to precisely apply lubricant where and when it’s needed,” Hoff says, “take care to account for every cost associated with the complete lifecycle of the lubricant—from the time the lubricant enters the shop until it leaves.

“I’ve seen studies revealing that once a barrel of fluid makes it through a stamping facility, its lifecycle cost can be eight to 15 times the original purchase price,” Hoff continues, “due to the ancillary costs related to that fluid. This includes soft and hard costs for activities such as mixing, transporting the lubricant to the presses, removing excess fluid from parts, wash solution, and handling the waste that makes its way onto the shop floor and into the press pit.”

Close the Loop on Waste

Stampers would be well-served to close the loop on waste, stresses Hoff, reducing waste to an insignificant amount or even eliminating it altogether. “It’s not easy to do,” he says, “but we’ve done it with many companies through careful process management.”

He preaches awareness of and accounting for all of the soft costs associated with lubricant waste, in addition to the more obvious hard costs. The purchase price is just the tip of the iceberg—“the costs above the water,” Hoff says. “Consider those hidden costs below the water that you can’t necessarily see so easily.”

For example, when accounting for excess lubricant on the shop floor, consider the costs associated with cleaning the floor and include the time employees spend mopping the floor when they could be performing value-added tasks.

“And, are your presses down during these cleaning exercises?” Hoff asks.  Other hidden costs include those associated with insurance premiums, regulatory compliance and non-recurring equipment maintenance.

Projected Savings at a Tier One Automotive Supplier

Hoff points specifically to a study performed at a Tier One automotive supplier, where he estimated that it was spending $115,000 annually to provide lubricant to two transfer presses in one area of its shop. “We looked at replacing the spraying systems on those two presses with roller coaters, to eliminate overspray,” Hoff says. “Calculating the return on investment, in addition to reducing overall lubricant consumption, we also carefully evaluated the added costs for floor cleaner, rags, etc., and were able to show management that it could cost-justify the new lube systems in less than a year.”

Specifically, Hoff explains, detailing the potential cost savings, the roller coaters were estimated to have directly reduced lubricant consumption by $29,000/yr.; reduced waste-hauling costs by $19,000; cut floor-cleaner consumption in half (saving another $1500/yr.); and even reduced costs for rags and gloves by another $1250.  Total tangible savings: $82,000 for both presses.

Eight Stages in a Fluid’s Lifecycle

Where does a stamper start when determining the lifecycle costs of its lubricants? Taking an analytical perspective, Hoff refers to a report produced by researchers at Illinois State University titled, “Total Cost of Ownership for Metalworking Fluids.”

“We look at eight stages of the fluid lifecycle and determine the costs associated with each,” he says: “purchasing, receiving, inventory, mixing, transport to the press, application, part washing and waste removal.”

When it comes to lubricant mixing, Hoff sings the praises of investing in an automated proportional mixing system. “Here, stampers can significantly reduce lubricant use by ensuring repeatable, accurate mixing,” he explains. “We’ve seen stampers reduce lubricant use by as much as 40 percent by adding a proportional mixing system. This is particularly true if the pump is ‘locked out’ so that operators cannot change the lubricant recipe to address, for example, a part-quality issue. We often see an operator make the lubricant mixture richer for one job, to address a quality issue, and then forget to change the recipe back to where it should be, which results in a lot of waste. The idea is to remove the operator from the mixing process.”

The next step stampers can take: Add a central mixing system plumbed to each press, “avoiding the ‘bucket brigade,’” says Hoff. “This will reduce the labor costs associated with lubrication and free operators for other more value-added tasks.

“And, while you’re at it,” he adds, “don’t necessarily celebrate discovering a less-expensive lubricant. A cheaper lubricant also is likely to be a less-effective one and require a richer mix. You’re usually better served using a higher-quality, albeit more costly lubricant at a lower ratio (say 7:1 vs 10:1) to ensure that you can stamp your more challenging jobs at that richer ratio. Then you can dial it down and use a less-rich mix for the rest of the jobs. This practice can save thousands of dollars/yr.” MF 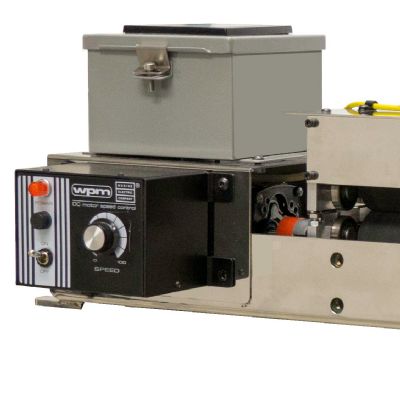 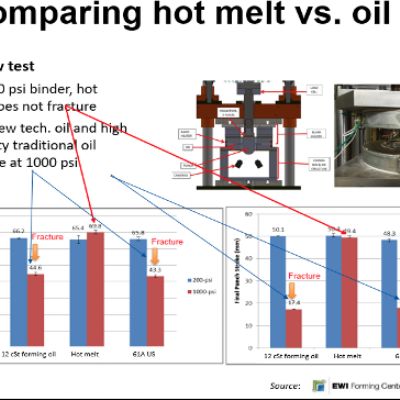 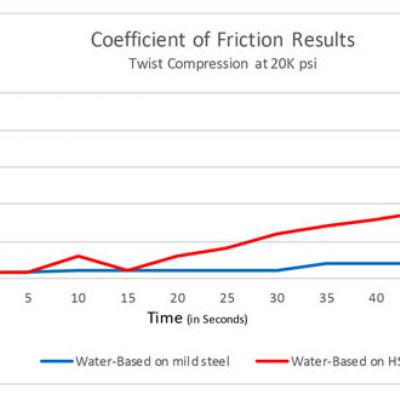