One-stop shopping is the mantra at toll processor Voss Clark, Jeffersonville, IN, which recently brought in a coil of steel, sent it through pickling and oiling, slitting and blanking departments in less than 6 hr. The material went directly into an automotive application.

“Try to send a coil through those processes in separate operations and it might take two or three days, or longer,” says the firm’s blanking manager, Larry Marko. The 547,000-sq.-ft. facility features a hydrochloric-acid pickling line (with electrostatic-oiling) equipped to flatten and in-line tension-level the steel, and with real-time defect, gauging and width monitoring. The plant also houses three slitting lines and two blanking lines.

Last year Voss Clark processed nearly 11.5 million tons of steel—“a very good year,” Marko adds. “Having all of those processes under one roof reduces transportation costs for our customers and eliminates the hauling of engineered scrap.”

While the firm had grown used to processing relatively thinner gauges of steel in recent years, as automakers strived to lightweight vehicles by using thinner and stronger steels, in 2011 one of its largest OEM customers threw the company a curveball.

“While most of the steel we blanked in 2011 was less than 0.280 in. thick,” says Marko, “beginning in October 2012 and continuing into 2013 a lot of 0.400-in.-thick high-strength 80-ksi yield-strength steel, 70 in. wide, will run through our blanking operations.” Placing the job at the high end of the toughness scale: coil width ranges from 12 to 75 in. wide. The wider coils allow the customer to feed the wide blanks directly into their big-bed transfer presses.

To equip the blanking department to handle the wide coils of high-strength steel from 0.050- to 0.400 in. thick, a multi-disciplinary team at Voss Clark repurposed an existing single-mandrel uncoiler capable of handling 80,000-lb. coils. The team then sent out a call for a shape-correction leveler (a Herr-Voss model) and a heavy-duty press (the firm rebuilt a 1000-ton Clearing). Then it sought a coil feeder that could stand up to the rigorous task at hand. Called to action: a four-roll servo feeder from Cooper-Weymouth Peterson (CWP), Clinton, ME.

The new feed (a model SMX78SE4) allows the firm to run much longer progressions than its previous blanking line, says Marko, which it decommissioned when the new line came on board. “Now we can run a longer progression (to 10 ft.) and still maintain the tolerances the customer demands” say Marko. “Previously, we had been limited to a 3-ft. progression at the same stroke rate.”

While the firm has yet to run at the maximum progression, it has run a 40-in. progression. Coil stock feeds through the blanking press front to back, rather than through the windows, “to provide a larger usable bed size and coil width,” says Marko. “And, we can locate the feeder close to the tool—within 18 in.”

The Clearing press boasts a 72- by 108-in. bed and was upgraded with new Wintriss controls and Shadow light curtains. A new Allen-Bradley PowerFlex 700 AC variable-speed drive enables the press to run at variable stroke speeds. “Troubleshooting is simplified by having Allen-Bradley/Rockwell Automation controls oversee operation of the entire blanking line,” adds Marko.

“We typically blank the 72-in.-wide coils of 0.400-in. material at automated run rates now,” continues Marko, noting that each stroke of the press can yield from one to four blanks; most dies are three-out.

“Advancing such heavy material at a high rate of speed presented a real challenge to the feed design. And, we have to maintain tight progression tolerances, since the blanks feed directly into the customer’s dies—they’re using the progression as a controlled dimension.”

Marko is quick to point out characteristics of the feeder that allow the blanking line to perform at such a high level.

“Its dual feed-roll setup and anti-backup rolls do a great job of holding the material on every stroke, optimizing progression control and accuracy and preventing the material from backing up,” he says. “The AC drive also helps tighten progression tolerances, by providing better feedback to the drive system. Backed-up feed rolls prevent roll deflection, which we find particularly useful when processing thicker steels. And, the unit’s heavy-duty entry and exit adjustable edge guides allow us to guide the material without having to use tooling to guide the material. Most of the tools we run are pilotless.”

The feed line also includes an adjustable-height cabinet base with powered clamps, which allows for quick pass-line height adjustments during changeovers. “That feature fits right in with our quick-die-change initiatives,” says Marko.

“In addition to the quick pass-line-height adjustment on the CWP feed line, fast changeovers also result from use of automatic hydraulic die clamps (from Kosmek), the use of standardized subplates, and installation of locator pins in the bolster plates of the presses. The Wintriss press control automatically downloads tool-setup parameters into the feeder, simplifying tool changes. Likewise, the precision shape-correction leveler includes a punch-and-go recipe from which we can select all jobs as well as create benchmarks for setup of new jobs.” 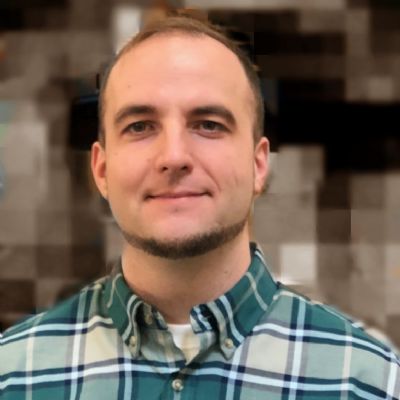 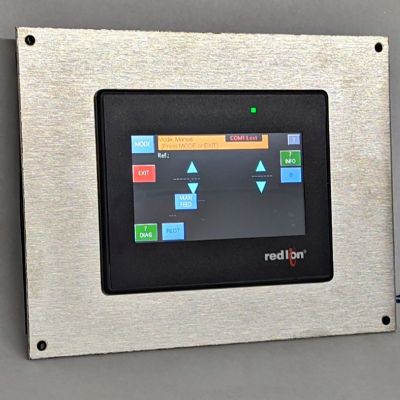