“Changing tooling in a turret press “is just a killer,” says Scott Berkowitz, president of metal fabricator EVS Metal, from the company’s 71,000-sq.-ft. headquarters facility in Riverdale, NJ. Berkowitz, who along with vice president Joseph Amico also operates plants in New Hampshire, Pennsylvania and Texas, recently has found a way to dodge the pain from press setups, which he says can last as long as 4 hr.

“The game changer for us,” he says, “has been a new AC servo-direct twin-drive press from Amada (an EM 3612 ZRT machine), equipped with a 300-station automatic tool changer. To squeeze every bit of productivity we can from the press, we filled it with new ID tooling, also from Amada. Those tools are etched with QR codes to allow us to gather production data from the shop floor and ideally manage our tool-maintenance program.”

The technology combination de-scribed by Berkowitz provides numerous benefits to EVS, making it nothing short of a complete game changer, he says. For starters, it allows not just for overnight lights-out production, aided by a six-shelf material-storage tower, but also for weekend lights-out production.

“Without the large-capacity tool changer,” says Berkowitz, “we’d typically only be able to run one job overnight, lights out, similar to how we run our other turret presses. But this machine, since it holds such a huge inventory of tools, lets us run as many as six different jobs unattended. Not only does that open up dozens of hours of extra machine time, but it’s changed how we can quote new work. Basically, run time like that comes at little relative cost, and tool changes become part of machine run time. That’s allowed us to, at times, reduce what we charge for run time, reduce our labor input and attract new customers.”

The Technology Behind EVS’s “Game Changer”

Sheetmetal fabricators strive for every opportunity to work more economically and effectively, and EVS is no different. One common end game to do so is optimizing green-light time on machines—as evidenced by Berkowitz’s plea to get out from under costly turret-setup times.

“The typical stand-alone turret press can have a green-light time of only 30 to 40 percent in some cases,” Brady tells MetalForming. “Add sheet-handling automation and that might climb to 60 to 80 percent. As fabricators have consistently begun to add material-handling automation to their presses, they’ve now begun to think harder about their tool loads and changeover times. Add to that the trend to run smaller lots and more frequently move tools in and out of the turret, and the opportunity to dodge lengthy setups that restrict green-light time becomes increasingly enticing.”

Hence the development and adoption of automatic tool changers, equipped with Amada’s ID tooling—so-called “smart tooling.” Each piece of ID tooling features a unique QR code etched into its shank, which can be scanned in the tool changer and the turret. That practice allows for the collection of detailed tool-use data, and subsequent data analysis. Tool tracking via the QR code even can occur at an automated tool grinder—an Amada Togu III, in the case of EVS Metal.

“Once a tool moves into the tool changer or the turret, our software knows where it is and what it’s working on,” says Berkowitz. “Same goes for the tool grinder—it’s all part of a next-generation tool-management system that applies across the entire shop.

“Our tool database is accessible over the network,” he adds, “so programmers can see where all of the tools are at any given time, and can check on their condition based on hit counts. We can more-effectively manage tool maintenance, ensure optimum performance from every tool, and even keep track of how many times each tool has been sharpened. That sharpening data, from the Togu, then enables automatic die-height adjustment at the press—no need to manually shim the tools.”

One Press Does the Work of Three

In just less than one year of adopting the new press and tooling, Berkowitz has been able to use the machine to replace three older presses, which he sent packing to the company’s other fabrication plants. Green-light time on the EMZRT has surged to more than 90 percent, and the only production limiter now is the six-shelf storage unit. “I wish I had gone with a bigger storage tower,” Berkowitz shares. “That machine just flies through material.”

The press also features “scratchless” technology, as its lower turret remains constantly underneath the brush table; only the required die lifts up through the brush bed.

As far as the EMZRT goes, Berkowitz does admit that programming and running such a high-volume producer takes a different approach than running a more traditional turret press.

“Our learning curve on the machine was probably six months,” he says. One of the bigger challenges: the turret. Since space is needed between tools to accommodate the tool-change mechanism, the turret holds only 32 tools, rather than the 58 tools it otherwise could hold on a standard turret press.

“That means that if we’re not careful in how we stage our jobs, we could wind up with dozens of tool changes—made between the tool storage unit and the turret—per shift. Even though that process is automated and occurs while the machine runs, it still could hamstring us. So our operators and programmers just need to think ahead, and think differently about how they load the turret and schedule the work.”

Regardless of the added need for expertise, there’s no denying the productive press time gained by automating tool changes. In fact, Brady adds, by having two different dies (and two different die clearances) associated with each tool, fabricators like EVS Metal can accommodate a wide range of material thicknesses without tool changes, in some cases.

A Catalyst for Growth

“This is no ordinary turret press, there’s a lot going on there,” summarizes Berkowitz. “But with special consideration given to how we program the machine, and considering all of the automation and the way the ID tooling system collects data from the shop floor, we’re able to leverage the technology to gain a competitive advantage.

“The technology eliminates roadblocks that otherwise could inhibit our ability to meet customer requirements for short turnaround and lead times,” Berkowitz continues. “We’re better at doing what we need to do to compete, we’re more efficient and thanks to the ability to run unattended over an entire weekend, and we’ve got much more machine time available to take on newwork, and new customers.” MF 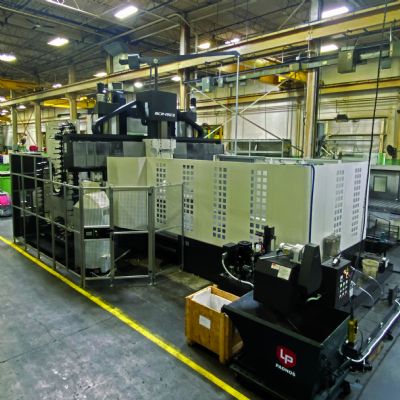 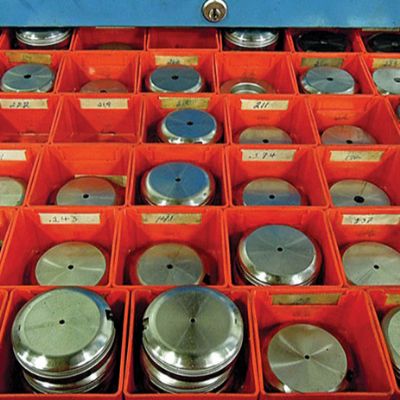 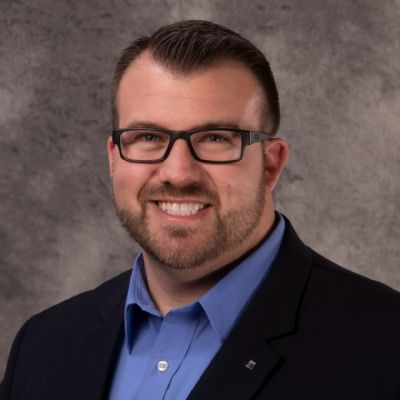