Time was when metalformers, especially those churning out parts in relatively high volumes, did not actively engage new customers with smaller part-run needs, or even existing customers with new jobs entailing shorter runs. This type of work was handed off to metalformers and fabricators who specialized in low volumes. But attitudes have shifted. Today, more metalformers and fabricators actively engage short-run work, hoping to build and keep customer relationships as needs evolve into requirements for higher part volumes. Methods to achieve proficiency, in order to make this happen from prototyping to small-lot to large-lot stamping, vary.

To capture business and nurture it through to the point where hard tooling is required, perhaps automated bending centers are the answer. To assess the state of the technology and how it can fill a vital role for formers and fabricators, MetalForming interviewed Bill Kennedy, vice president at RAS Systems, LLC, Peachtree City, GA. The company supplies bending machinery and systems, from attended centers to lights-out cells.

The ability to productively and profitably serve varying part volumes rests upon equipment and labor availability.

“In talking to manufacturers, finding and keeping quality personnel is one of their greatest challenges,” Kennedy says. On top of that, parts makers do not have the luxury to tie up production equipment on testing and prototyping, or small-lot stamping—and the frequent tool changes and setups inherent in that type of work.

“There’s a niche marketplace for stampers that have a need to perform prototyping or short-run work before they get the long-run, or big contract,” explains Kennedy. “For larger stamping companies, bending centers provide flexibility on the front end of that big order, without the need to tie up big production machinery. And, previously, the industry mindset was that stampers cannot do the R&D and prototyping, and aren’t set up to do short run, so that work goes somewhere else until it reaches a volume level where the stampers profitably can run it in their presses with hard tools. In today’s world, the thought process differs. Stampers are more likely to want to take on customers in every fashion from start to finish. They want to capture work from the beginning, satisfying customers on lower part volumes, and then be there for the evolution into larger jobs.”

Automation can be an ideal means to address labor-availability challenges and also allocate equipment more efficiently, dovetailing nicely with the new mindset. For its part, RAS Systems offers its MiniBend and MultiBend centers, designed to produce parts quickly without the investment in hard tooling. Machinery such as this can keep stamping presses available for longer runs. And, modular construction of bending centers allows users to add the automation they need to minimize the need for human tending and support.

“Many fabricators, when faced with new business or greater workloads, think that simply buying a new press brake and adding another operator, then maybe buying a press brake with a robot, is the ideal path,” says Kennedy. That may be true, but bending centers can be the better option. Kennedy’s point: Research.

Prior to investing in automated bending, Kennedy advises that manufacturers do their homework, and make decisions based on time studies and trial runs to ensure that systems produce needed parts quickly and to spec. They may find that bending centers indeed are better alternatives to just adding more of the same.

“Bending centers can be automated for users’ unique needs,” he says. “These can provide lights-out operation, from blank loading to part-off. Whether a run is two parts or 2000, a fully automated bending center can set up and run jobs by itself.”

Close examination of parts can help in decision-making.

“Folding and bending machines cannot achieve the tight bend radii of press brakes,” Kennedy says. “A contract manufacturer most likely is told what the radius must be. An OEM, on the other hand, can adjust the radius. Here, folding and bending machines prove successful if the radius is acceptable. In some cases, radii are changed to achieve productivity gains. And, you have all of the benefits of folding, which include quicker setup times, and greater accuracy because a press brake involves a V-die that requires more attention to get good, repeatable parts.”

What parts are ideal for bending systems? Consider what Kennedy says are produced on his company’s equipment. The MiniBender, he explains, capable of churning out parts from 1 by 3 to 24 by 24 in., typically produces internal brackets, small chassis and other simple and complicated pieces.

The MultiBend, capable of producing parts from 9 by 10 in. to 60 by 120 in., often is employed for building refrigeration cabinets, outside power cabinets and other large parts. So it’s clear that current bending technology can handle a wide assortment of tasks.

“We’ll perform time studies on particular parts to help manufacturers compare a bending system with their current processes, so that they can get an idea of return on investment,” he explains.

Software represents the greatest revolution in folding equipment, especially in regard to automated bending centers.

While mechanical technology has improved, many bending systems employ somewhat similar mechanical components and systems dating to the early 1990s, but software and electronics have evolved by leaps and bounds, enabling automated bending to compete and often surpass other processes in speed, accuracy and quality.

“Once a drawn part is fed to the system and some programming completed for tool selection, users experience a correct first part. Today’s bending centers, are fed by CAD systems and offer features such as automated tool changing to speed the process and decrease setup time while producing parts that are more accurate and repeatable than ever.”

The software and related automation advances need not stress your maintenance department either, stresses Kennedy.

“Some fabricators with multiple bending centers have well-equipped maintenance staffs well-versed in this technology, but smaller manufacturers with, say, one machine, can take advantage of the machine builder’s service personnel,” he says, noting that RAS often supplies preventive-maintenance contracts to assist in ensuring that equipment stays fit and active. In addition, today’s software allows for remote access to diagnose and assess system operation, and quickly place systems back in service.

“When you make the investment, you want your system running, so a good equipment supplier will be proactive with support,” says Kennedy, who offers one more nugget on software and controls improvements in bending systems. “The young people coming into the industry are smarter than ever when it comes to working with software, controls and the latest interfaces, so that makes things easier all the way around. It is unfortunate in one respect that we have lost a lot of our trade, but we are competing in a world marketplace and you have to get with the program, so it helps that the younger generation is so comfortable and capable with newer technology.” MF 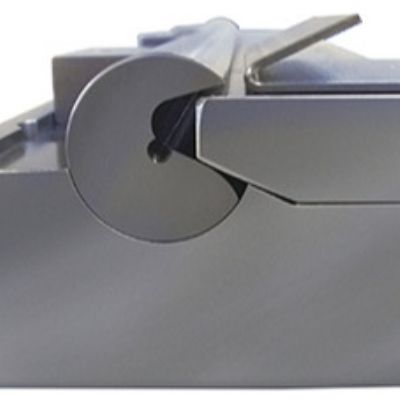