For fabricators large and small, upgrading capital equipment represents a huge decision. Return on investment (ROI) must justify the outlay, and any new addition must quickly achieve needed productivity, as the work doesn’t wait for machines to ramp up. Here’s a story about a Midwest manufacturer that took such a risk. It paid off not only in quick implementation and rapid ROI, but in significant setup-time reduction and improved accuracy as well. 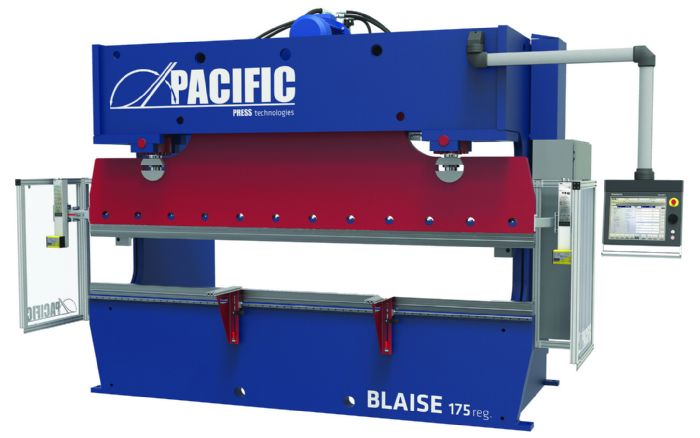 Supplying primarily the mining and construction industry including its inhouse sister business, SC Products, formed in 2004 as a job shop, can’t afford to be offline, especially during the busy season. The Eldorado, IL, company is small, with seven employees, but as a manufacturer of light- to medium-duty three-point equipment such as box scrapers, rear blades, aerators, disc harrows, rotary cutters and landscaping rakes, its responsibilities are huge.

For SC Products, November to March is the busy season—the company has plenty of work year-round, but customers typically place their biggest orders in the fall, with delivery expected before spring hits. So when a 1962-vintage press brake wore out heading into this past winter, SC Products needed an immediate solution. Repair presented no option, with replacement parts nonexistent for the ancient model let alone spares to keep it running in the future. So the SC Products team, including foreman Brian Banks, scanned the field for a replacement. It found what it was looking for only about 70 miles away in Mt. Carmel, the Illinois home of Pacific Press Technologies.

“The location was a big point for us because technicians could be here very quickly if needed,” Banks says. “Also, we really like the machine.”

Accurate Parts From the Start

The machine: a new 175-ton Blaise 12-ft.-bed press brake built for beta testing. With tinker time an unaffordable luxury, SC Products needed the press brake up and running in short order.
“We trained at Pacific Press for 6-7 hr. prior to delivery of the press brake, taking notes and performing a few bends,” Banks recalls. 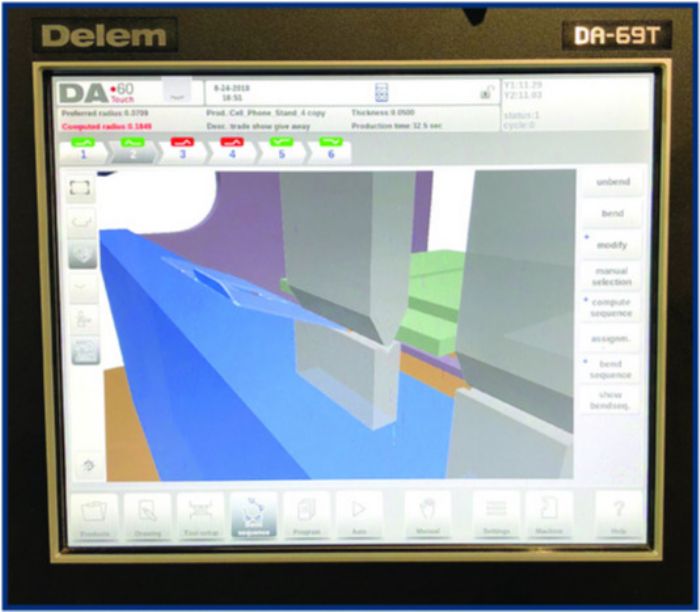 Pacific Press installed the machine in 1 day, and a day later, technicians tweaked and calibrated it. Then, within 2 to 3 days, SC Products was bending production parts.

“Our punches and dies from the old machine—expensive tools—fit into the new press brake,” says Banks, noting that the smooth transfer eased efforts to bring the new unit online and into production. And, even when working with newfound levels of bend accuracy in the machine, the short learning curve stayed smooth.

SC Products bends, welds, details, assembles, sandblasts and powder coats completely inhouse, with mild steel as the typical stock, from thin material to plate. The Blaise’s diet consists of 11-gauge to 0.5-in.-thick mild steel, and, according to Banks, from the get-go it’s been keeping busy.

Setup represents a huge improvement over the old press brake, according to Banks. For example, before, operators set bending degrees manually, and had to reset as the angles wandered.

“Manual setting would take 5 to 10 min. of tinkering prior to starting to bend parts,” he says. “With the new Blaise, we were able to build a complete library in the system as we bent parts. Now we simply find the part number, the controller brings it up, and we are ready to start bending with all tooling and the backgauge set. We just load the material to the backgauge and step on the pedal. So far we have not had any discrepancies in bends…it's been right every time.”

The efficiencies don’t end there.

Several of our products have two or three bends,” Banks explains. “One product has four, and we may have to produce as many as 200 of those in a run. Previously, we had to make, say, a 90-deg. bend in all 200, then perform the next bend in all 200, and so on through all four bends. We handled each of those 200 pieces four times. With our new Blaise, we call up the program and make all four bends on each piece. When we set that part down, it's done, and then it’s on to the next.”

Another new-machine feature appreciated by Banks and the SC Products team: a control screen displaying parts and bends.

“We push a button to bring up an image on the screen, which really helps out the newer operators who may not be as familiar with a part,” he says. “They can see what the part and its bends look like, and we can add notes to the screen with specific bending instructions.”

The above-mentioned features not only have reduced mistakes but, estimates Banks, cut press brake time in half for most jobs, which brought schedule flexibility and added capacity for new work.

“Also, it has allowed us to take key personnel off of brake work in order to use their expertise in other areas,” he says. “Then we can go over the controls and safety items with lesser-skilled personnel and let them start bending parts. We train operators more easily because the machine is so user-friendly.” MF 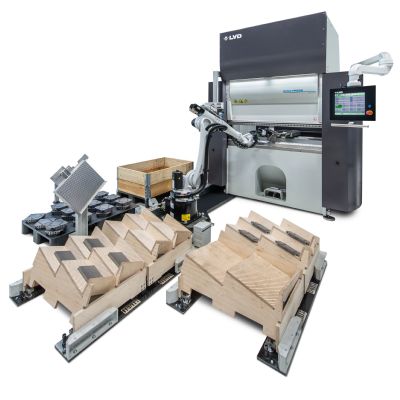 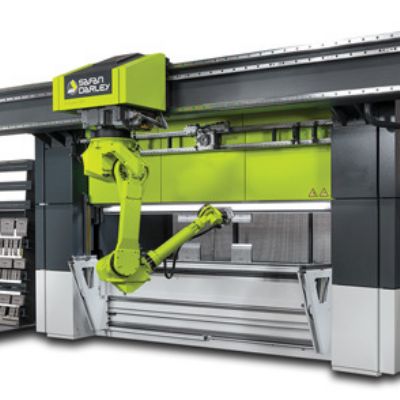