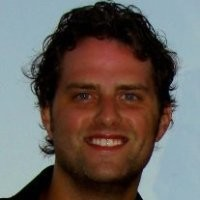 Many welding systems and wire feeders come bundled with a gas-metal-arc welding (GMAW) gun and consumables. However, welders and shop owners often discard bundled items and request the gun and consumables of their choice. Their decisions are typically driven by choosing a gun with a rating more suited to their application and consumables that enhance performance and lower operating costs.

The GMAW gun and consumables serve as the contact point for transferring electric current from the tip to the welding wire, as well as to direct the welding wire and shielding gas (if required) to the workpiece. They also dissipate the heat generated by the welding process and the electrical resistance in the system.

Like power sources, guns have thermal duty-cycle ratings, governed by IEC 60974-7, Standard for Arc Welding Equipment. The standard requires (among other things) temperature-rise tests for the gun handle and cable. Based on how well their construction dissipates heat, GMAW guns and consumables are classified as light-, medium- and heavy-duty. Respective examples of duty-cycle ratings would be 180 A at 40 percent, 250 A at 60 percent and 400 A at 60 percent.

“For anything surpassing sheetmetal work with a 0.030-in. wire, I recommend at least a medium-duty setup that has a 250- or 350-A rating at 60-percent duty cycle. The larger cable will keep the gun cooler and lower primary power draw, plus it will come with a better set of consumables compared to a light-duty gun,” says Galen Johnson, senior lab technician at Esab’s Welding & Cutting Products’ test lab in Denton, TX, and a professional welder since 1968.

GMAW contact tips come in two basic styles. A traditional copper tip has threads and screws into a brass diffuser, which then connects to a copper conductor tube. Nonthreaded copper contact tips seat directly into the end of a copper conductor tube; a screw-on nozzle holds them in place but is not part of the conductivity path. Threaded tips cost 50 percent less to purchase due to a simpler manufacturing process, while nonthreaded tips offer two to 10 times longer life (depending on the weld-transfer mode and type of welding wire) and produce a welding arc that is more stable.

Lastly, after a nonthreaded tip starts to wear (keyhole), the operator can rotate the tip several times to create a fresh contact surface. Threaded tips either seat in the same spot or cam-style tips seat two spots 180-deg. apart; in either case, they will wear more quickly.

“Plotted data from a nonthreaded tip shows up as more of a rifle shot because of the consistency,” says Hassan. “Threaded-tip results look more like a shotgun blast because of their variability.” As an aside, he notes that increasing use of data capture and analysis systems will continue to shed new light on actual versus perceived welding performance.

Johnson adds that, “Nonthreaded tips have a unique bore length that provides a much lower chance for microarcing within the bore, so there’s less chance of burnback.”

Further, nonthreaded bores have the smoothest bore ID possible because they are made on Swiss-style CNC turning machines. Drilled and swaged bores common with value-priced contact tips have a much rougher surface.

“My research proves that a smooth and controlled bore minimizes debris buildup and extends tip life,” states Hassan. Rougher bores catch more debris, typically drawing compound as well as dirt and metal filings caused by wire deformation from drive-roll pressure. Inevitably, the “snowplowing” effect of debris buildup restricts wire flow to the point where the arc stumbles, leading to a burnback and the end-of-tip life.

Excessive heat is the root of all evil in welding-consumable performance, directly affecting the consumable life, overall weld performance and economy of a welding system. According to research conducted by NIST Boulder Laboratories, factors contributing to the heat input of a typical GMAW contact tip are approximately as follows: 3 percent from Ohmic heat (internal resistance of the GMAW gun system); 37 percent radiative heat from the molten metal and 60 percent resistive heat (voltage drop at the arc).

Welding current, voltage and electrical resistance follow Ohm’s law: V=I*R (V = voltage, I = current through a conductor measured in amps and R = resistance or impedance of electrical current). The electrical resistance of a system and current are inversely proportional to each other. High resistance increases voltage drop in the system and reduces current flow. To adjust the current, voltage must be increased, all of which increases total wattage of the system, ultimately equated to higher energy loss in the form of high heat generation.

As noted earlier, threaded contact tips inherently increase resistance and therefore require higher voltage and amperage (wire-feed speed) settings. When switching to nonthreaded consumables (or even a new GMAW gun), Hassan and Johnson conducted tests that proved operators need to lower parameters to achieve similar results. With standard consumables, they produced a weld bead using 0.052-in. wire, welding at 29.2 V, 300 A/500 in./min. of wire-feed speed and a 3⁄4-in. contact-tip-to-work distance. To produce the same amperage and weld-bead width with nonthreaded consumables, they must lower wire-feed speed by almost 23 percent (to 384 in./min.) and voltage by about 6 percent (to 27.5).

The proper flow rate produces a smooth, laminar flow pattern that yields optimum coverage of the molten weld puddle. Unfortunately, some welders have a more-is-better mindset and crank up flow rates, which may lead to turbulent, irregular gas flows that inadequately cover the molten puddle and may also pull in atmospheric contaminants.

“The bottom line is that the performance of GMAW consumables and guns varies based on design,” says Hassan. “The differences affect parameter settings and welding results. When selecting new options, test guns and consumables at a few welding stations to determine the right choice and parameter settings for your specific applications.” MF