Over the past 18-months, we’ve seen rapid adoption of tablet computers as support tools by field salespeople. It’s hard to argue against the use of a tablet computer in a sales environment—they’re less expensive than bulkier laptops, and can do nearly as much. Between the Apple and Android operating systems, there are dozens of tablets from which to choose. And, Windows 7 and RIM also have tablet options.

For most sales teams, tablets are a natural fit. So while a good deal of this column focuses on sales adaptations, much of the same thinking relates to applying tablet computers to other departments within a metalforming company

Tablets can lend an air of innovation to your brand, and can support numerous operations via thousands of apps—software programs developed specifically for mobile devices. As such, tablets can seem like direct replacements for laptops. However, resist the temptation to jump in and replace your laptop with a tablet, as a lack of planning can lead to buyer’s remorse. Take some time and approach this decision as you would when considering any other technology. Weigh the options and build a business case. Be objective and evaluate tablets versus laptops in strict terms of how they enhance your business processes. Determine how these new tools can help you achieve your goals.

In terms of presentation value, tablet computers clearly represent a step above in delivering presentation slide decks and video. However, there’s more to sales than making a good pitch. Overall, you’ll need to decide if tablets will improve a salesperson’s ability to stay connected with his peers, customers and coworkers, and ultimately reach his sales goals.

And it’s not just about the hardware, but also the software paired with the tablet. Take the time to read software reviews to learn how users rate each software application, and how each app functions on a particular tablet. Start by finding out how your sales staff uses their laptops, and attempt to understand the differences a tablet might make—good and bad. We’ve found that with some clients a tablet proves more beneficial than does a laptop, and in other cases a tablet acts best as a companion to a laptop.

One option to consider is purchasing a few tablets for the sales team to share, and dedicating these machines strictly for presentations. Tablets cost less than laptops, yet they excel at processing large video files, animation and other presentation files.

Involve the IT department early in the planning process to help speed integration. Try to avoid letting the emotion-filled, age-old Mac versus PC argument cloud the conversation. Today’s tablets are in a class by themselves, and so arguments for or against based on how well they’ll work within a Microsoft world, or if their browsers support Adobe Flash, are for the most part invalid. Both operating systems support e-mail, calendars, VPN protocols, etc., and can thrive in our largely Window’s world. Android and Apple hardware can provide stellar functionality.

Many companies hire developers to create custom, ad-hoc applications tailored to manage or automate certain business processes, or as dedicated sales or product-presentation apps. While this isn’t anything new, the relatively inexpensive cost of developing tablet-based applications and the availability of a growing and diverse development community has boosted the popularity of doing so. Here, too, there are numerous options.

My advice: Before developing a custom-branded app, try to find close out-of-the box alternatives that you can buy and try before you build. Most tablet apps range from $1 to $3, with more expensive apps still less than $20. Then, if still necessary, you can work with a developer to mock up a custom-application’s core requirements and functionality before jumping into coding. Many developers apply the agile development methodology, which is quicker and often less expensive. However, this can lead to unnecessary and costly development distractions should communication between the developer and users become strained. Be prepared to describe your needs and let the developer help you design an easy-to-use solution that meets your requirements. MF
Industry-Related Terms: Adaptor, Case, Core, E-Mail, Functionality, Hardware
View Glossary of Metalforming Terms 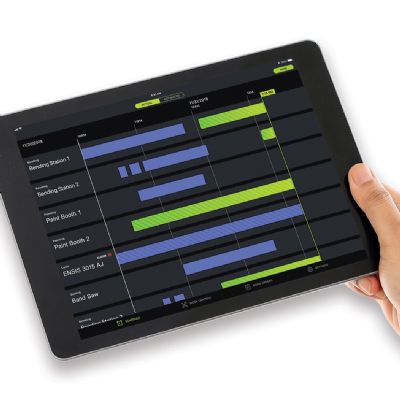 
The Case for Software Subscriptions in Your Shop 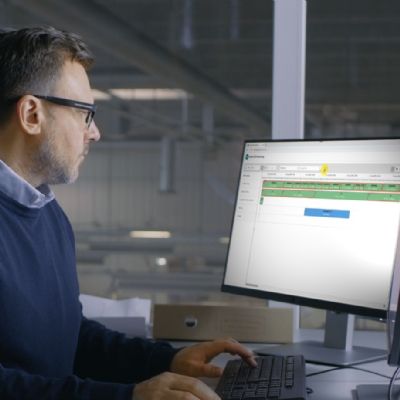 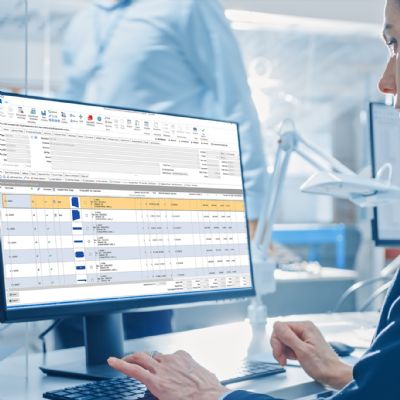