Loren Cook Co., Springfield, MO, manufactures air-circulating equipment such as fans and blowers. The company’s fan components require small and large manual metal-spinning machines with mandrels to achieve complex design specifications and shapes on many of their products. Over the years, Loren Cook’s highly skilled and trained employees performed these spinning operations with an unsurpassed safety record, assisted by redundant safeguards on the spinning machines. Long tools, to 5 ft. in length, were employed for locked-in-place blanks or parts to be manually spun, placing operators safely away from the point of operation and any rotating machine components. In 2004, an OSHA inspector observed the guarding on Loren Cook’s seven small manual spinning machines and found them in compliance with OSHA’s principal “General Guarding” standard, 1910.212.

On May 13, 2009, an experienced employee operating one of Cook’s small manual spinning machines was killed when struck by a 12-lb. metal blank not locked in place, which rattled and unexpectedly ejected. A radio and earpiece hidden from the view of coworkers and contrary to a long-time plant safety rule prohibiting production-floor use of employee radios, was found at the scene after the accident. In addition, a workpiece-holding redundant safety-lock control was found in the unlocked position.

After a 20-day trial, Administrative Law Judge Ken Welsch vacated all PPE and machine-guarding citations and OSHA’s $510,000 proposed penalties related to these seven previously uncited spinning machines. Backing up, OSHA had cited the 1910.212 operator-ingress-protection standard not for operator-access exposure but only for not guarding against the ejection of workpieces. In an appeal of Judge Welsch’s dismissal decision, it was admitted that OSHA had never before issued a citation such as the one issued to Loren Cook.

OSHA basically argued that it could change and interpret any OSHA standard through an unprecedented citation because a U.S. Supreme Court case, CF&I Steel/Martin v. Occupational Safety and Health Review Commission (the 1991 “Martin” case), 499 U.S. 144, allowed it to re-interpret “rotating parts” of machinery, stretching the term to mean flying ejected workpieces.

• “The hazards…share the nature and quality of being created by the routine operation of the machine.

• “Point of operation, ingoing nip points, rotating parts, and flying chips and sparks” are the normal, expected result when running the machine.

• An ejected workpiece is not of the same nature and quality of the listed hazards. It is the result of a machine malfunction. The “flying sparks and chips” listed in the standard are qualitatively different from the 12-lb., almost 3-ft.-dia. workpiece that the lathe ejected on May 13, 2009. Chips and sparks are the by-product of a routine process—they are not the product itself.

As the judge related, Section 1910.212(a)(1) lists point of operation, ingoing nip points, rotating parts, and flying chips and sparks as hazards that must be guarded against. OSHA did not allege any of these hazards in the alleged violation descriptions (AVDs). Instead, it was alleged that Loren Cook failed to protect its employees from “metal parts and debris being ejected from the machine.”

The judge also noted that a certified safety and health official (CSHO) testified that OSHA did not cite Loren Cook for a point-of-operation violation under § 1910.212(a)(1) (Tr. 717-718). The CSHO also acknowledged that OSHA did not cite the company for an ingoing nip-point violation in any of the seven AVDs. OSHA’s expert Dennis Cloutier testified that the lathes at issue did not present a hazard with respect to points of operation, ingoing nip points or rotating parts. And, there is no evidence in the record showing that the lathes created flying sparks or chips during their operation.

“The court determines, based on the clear language of § 1910.212(a)(1), that the cited standard does not apply to ejected workpieces cited in this proceeding. Accordingly, Items 1 through 7 of Citation No. 2 are vacated.”

In addition, OSHA had earlier withdrawn all personal protective equipment (PPE) citations at trial for arm sleeves, goggles and hand protection, which the employees indicated were provided and used during Loren Cook’s spinning operations.

In examining this case, it is helpful to review the 1991 “Martin” U.S. Supreme Court Case on the interpretation of OSHA standards:

When there are any conflicting interpretation of what an OSHA standard means, as between OSHA and the Review Commission (OSHA Court) judges, OSHA’s interpretation prevails if

• The interpretation fits the textual words and intent of the standard cited;

• Has been consistently applied by OSHA; and

• Does not unfairly surprise employers.

After Martin, few cases refused to adopt OSHA’s interpretation of standards, and the third and fourth requirements of unreasonableness often were not emphasized.

When the full 12-judge “en banc” panel of the St. Louis based Eighth Circuit U.S. Court Of Appeals examined the 1910.212 standard, OSHA’s inconsistent prior enforcement and acceptance of a 1982 New York Second Circuit Carlyle Compressor case decision that OSHA’s same standard did not apply to ejected or flying workpieces, the panel decision upheld, 8 to 4, Judge Welsch’s decision on October 13, 2015. The time for any appeal by OSHA to the U.S. Supreme Court has now expired.

The Eighth Circuit found that the lack of fair notice of OSHA’s unprecedented citations and stretching of the all-industry general machine-guarding standard prevented deference to OSHA’s interpretation. The court rejected Martin-type deference to OSHA because OSHA’s:

• Interpretation strains a common-sense reading of the standard. None of the five production-phase hazards listed in the standard—point of operation, ingoing nip points, rotating parts, flying chips and sparks—were present here. Ejection of workpieces is unlike any of those, and is a rare catastrophic event.

• OSHA failed to provide any proof that it had consistently enforced or interpreted this standard to cover the ejection of large objects or workpieces from lathes or spinning machinery.

• Most importantly, OSHA’s announcement of such an unprecedented interpretation in the citation against Loren Cook amounted to unfair surprise. MF 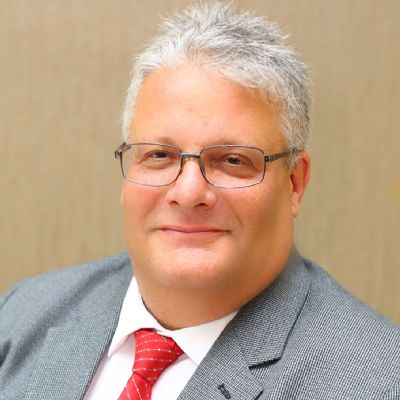 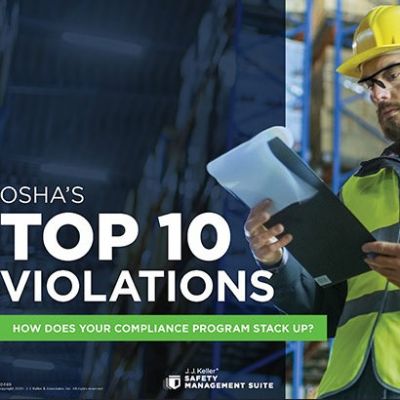