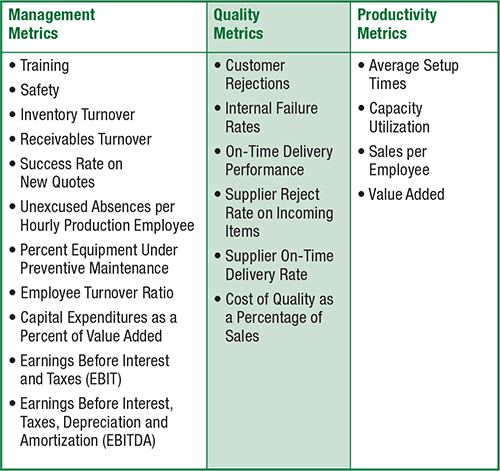 The 2015 Precision Metalforming Association (PMA) Benchmarking Report for the Metalforming Industry shows that the overall health of the industry has stabilized, in the wake of a few years of strong growth. Here are some highlights from the report.

The survey helps metalforming companies measure and compare their performance against the industry average of more than 50 metrics in the areas of management, quality and productivity. Survey participants also can compare their performance against “best-in-class performers” (companies in the 90th percentile for a given metric) and the “most profitable performers” (those companies with the highest average profitability). 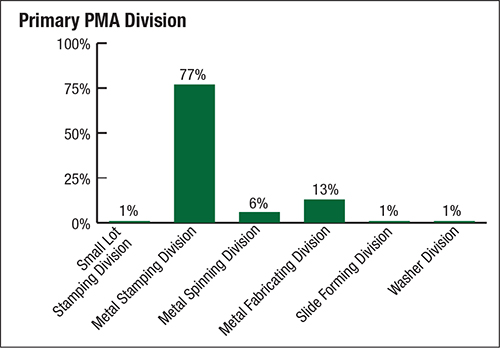 Items tracked in the survey:

This year, 82 companies participated in the survey, primarily metal stampers supplying a variety of industries.

• 43 percent of respondents supply primarily the automotive industry, followed by Industrial/consumer hardware at 17 percent and aerospace at 7 percent. 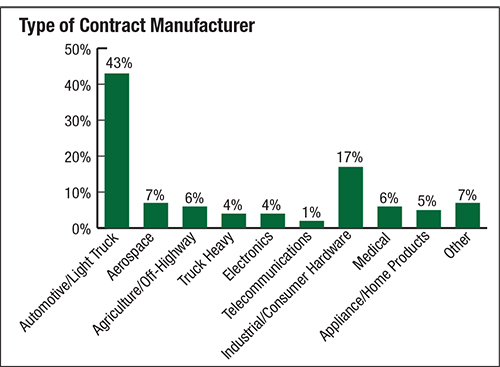 • 28 percent of the companies included have sales exceeding $50 million, and 26 percent have sales between $20 million and $49 million.

Are volumes up compared to the prior year? To find out, PMA tracks the results of repeat participants—59

The survey also benchmarks industry profitability, by measuring earnings before interest and taxes (EBIT), viewed as an equivalent to a company’s operating income. Average EBIT during the last 10 yr. has

consistently ranged between of 5 and 6 percent of sales, with the exception of the years impacted by the economic downturn in 2008 and 2009. In 2015, the EBIT calculation came in at 6.81 percent, the highest rate in the past 10 yr. The most-profitable companies have reported average EBIT in the range of 13 to 25 percent of sales over the same 10-yr. period.

Based on discussions at recent PMA district meetings, the outlook for 2016 remains optimistic. Most organizations believe that the industry has stabilized, and most expect sales and profitability to increase slightly over 2015. 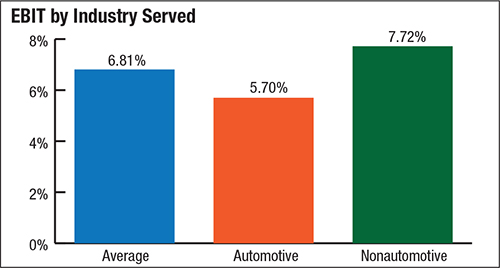 With increased sales, companies are concerned with finding enough qualified employees and increasing capacity of their operations. This usually requires additional capital expenditures to increase the number of machines, which would result in a capacity increase. Based on the PMA Benchmarking Report, most companies have increased their capital expenditures every year since 2010 in order to meet the demands of increased activity. MF